Safety is at the heart of what we do. We work with our Customers to optimise their mineral processing operations and focus on improved mill availability and safer working environments. Since the introduction of RME’s Mill Relining System, we’ve halved and then quartered traditional mill relining times. Each element of this system improves efficiency and increases mill availability. 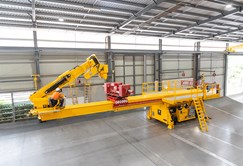 In a major milestone, Russell Mineral Equipment (RME) has designed and completed production of its 500th Mill Relining Machine (MRM) for the global-scale Australian gold producer Northern Star Resources Ltd (Northern Star). This custom-made RUSSELL MRM will be accepted by Northern Star at a ceremony at RME’s global headquarters in Toowoomba, Queensland in March. 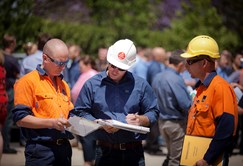 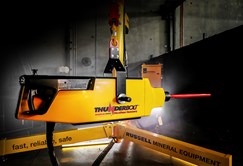 02/09/2021
RUSSELL MINERAL EQUIPMENT (RME) says it is marking the official release of its fourth-generation recoilless hammer with a special introductory bundle offer for its customers – the ‘THUNDERBOLT MAGNUM Precision Pack’. 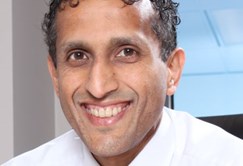 12/05/2021
RME Holdings Pty Ltd is pleased to announce the appointment of Max Wijasuriya to its Board of Directors effective 7th April 2021.

04/05/2021
Following the recent successful application of the system on a customer SAG mill, International Mining (IM) Editor, Dan Gleeson, got the lowdown on the technology and its potential from RME.